Home > Blog > How friction stir welding is different from other types of welding?

How friction stir welding is different from other types of welding?

The Friction Welding Process in General

The Friction Stir Welding process, established many decades ago as an industrial joining process, initially became known as rotation welding and later with linear welding as motion kinematics.
Even today, many people still think of these two processes when they hear the term “friction welding”.

The advantages of Friction Stir Welding procedure are: 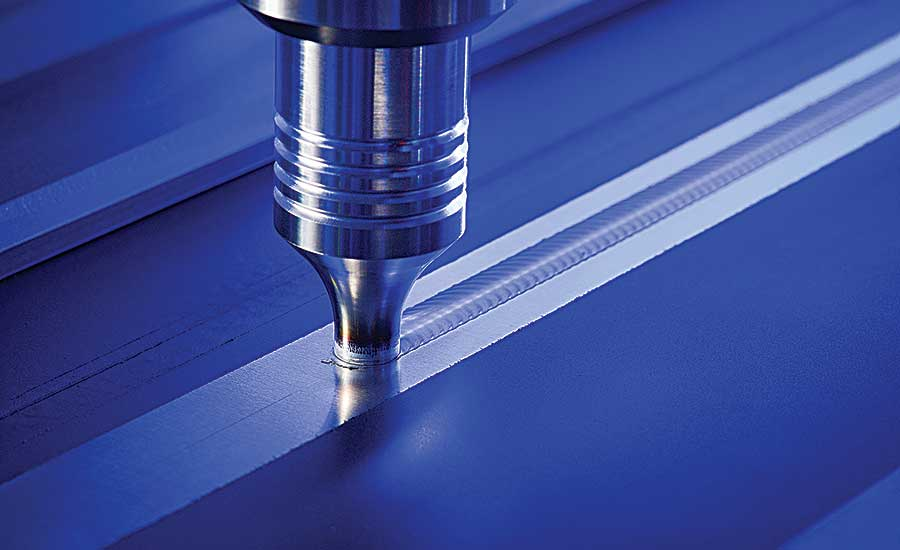 Friction Stir Welding dates back to 1956, in the Soviet Union. Since the 60s, it began to develop in other countries and subsequently gained widespread recognition. Friction welding is a type of pressure welding in which the metal heats by friction of one of the parts to join.
The final connection occurs at the end of the process when a forging force applies through.  Moreover, this type of welding is common in aircraft and automobile manufacturing.

When welding metal by friction in the joint zone, as a result of pressure, fatty films and oxides destroys, which interfere with a strong joint?
Strongly heated metal comes up to the melting point, under strong compression. Similarly, it induces metal atoms to grow into each other. Furthermore, it causes the product to be solid. Thus, metal friction welding includes the process:
strong fastening of parts, in which one of them is mobile, and the other is not;
heating the metal mechanically to a plastic state, melting;
Similarly, the process of destruction of oxides, fatty films that interfere with the strength of the weld;
hot metal edges establish metal bonds at the atomic level;
Moreover, cessation of rotational movements, pressure, part solidification mode

How does Friction Stir Welding work?

In the 1990s, a friction stir welding method developed. This method is common to weld butt seams of non-ferrous sheet metal: aluminum, titanium, their alloys, and steel. All alloys with a melting point up to 1800 0 also weld, dissimilar metals is easy to join.

To do this, use a Friction Stir Welding tool in the form of a rod with a tip. Hence, it goes deeper into the part to weld and runs along the entire required length of the part to be welded. The tool rotates at a very high speed. Furthermore, there is strong friction, which causes the metal to heat up to a plastic state.
The molten mass mixes with the rotating tool and comes out into the free space behind the tool. As a result of this process, metallic bonds come and combine. At the end of the work, the tool takes out of the workpiece.

welding speed;
rotational frequency;
pressing force of the tool, its movement, taking into account the welded metal, its thickness;
The dimensions of such a tool and its angle of inclination.

The advantages of such welding:

Friction Stir Welding equipment has good design to perform a high-precision task of joining two metals. One of the most advanced machines is PST-45xUdHPiFHQ7xbKh19G45saF1raB2ot5pag8p1Hnk4yrfXRJZskr8TMbFpVfC5tDk8eQQg63TqkW9gKhwagx6HePTaK2yXbthe welding cycle, a hydraulic unit and a lubrication station.
Moreover, it can weld metal from heat-resistant steel, structural. Similarly, the cross-sectional seam consists of a fine-grained structure.

In this process, a tension ("force") applies to the parts in order to deform them and produce a solubilization of the materials. Solubilization is an exchange of atoms between materials and goes a bit in line with the theoretical representation of welding.

Fusion welding is the most common and most intuitive. It is a little different form Friction Stir Welding.  In this case the ends become liquid and "blend".
Gas welding is usually comes by "flame" or torch but was not considered a particular case for not polluting the map above. Moreover, this soldering is sometimes famous as oxy-acetylene, although acetylene is not the only type of gas that can be used.

Electric arc welding is a particular case of fusion welding where an electric arc is the heat source that will melt the end of the base material.
Consumable Electrode Welding vs Friction Stir Welding
The most common welding features a consumable that fuses together with the part in order to facilitate welding.

This is the case with TIG welding. Basically, the electrode (through which the current passes) is not consumed during the process. In this process, the consumable can be added (or not) by means of an additional rod. 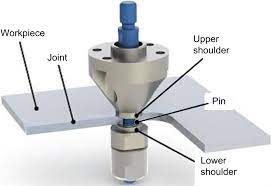 Previous: How did I carry aluminium brazing process with simple tools?